We are at risk of running out of coffee on Earth! (September 2019) 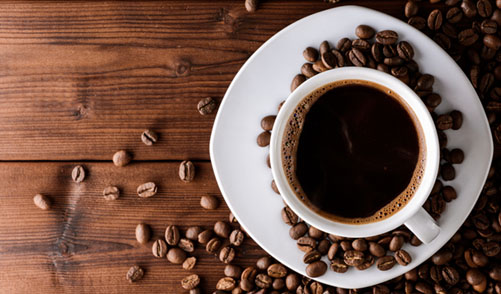 We are at risk of running out of coffee on Earth!

Technology up and until now was largely designed to take resources, use them, and prevent them from being shared with other nations.

This statement is true when you really think about it.

One of the greatest changes for Industry 4.0 is the reverse of this practice - in the future Technology needs to be used to recycle and share, not squander.

This is less of a challenge for Tech than it is for humans who are by nature designed for self-preservation.

Recently, a famous South African comedian decided to move away from comedy shows and focus on helping humans help the planet. When a subject becomes so challenging that a comedian can’t joke about it anymore, you better believe it is serious.

It is a fact that we already have several Technologies that can help the planet. Implementation is the problem, and I have highlighted two reasons for this not happening:

Why is change so slow?

Prioritizing a new way of living on earth is not as important as it should be.

People have problems they believe are bigger, or are simply living for the moment.

A state of panic often leads to a shuffling of priorities and I could think of no better way to instil panic than giving you this example. What would you do if we ran out of coffee?

Perhaps you are a tea drinker and don’t care?

Take a moment to imagine how grumpy and unproductive your colleagues will become who do drink the stuff and miss their morning fix.

Take away coffee and I predict an immediate drop in productivity and an increase in HR dispute matters.

That day is approaching! There are about 130 species of coffee plants on earth, and about 60% are at risk of extinction due to climate change.

The situation is far worse.

Every year research is done and shared on an official international report about what threatens mankind’s existence the most. This is a current summary:

A reasonable person who understands how the world works might agree that many of these threats are interlinked and if two or more happen it could create a ripple effect and complete the list for us. The end result would be mass extinction.

Perhaps we will listen to a South African comedian after all, and change our ways, but I am not feeling very confident. After all Sir David Attenborough has been trying to change our habits for years, and he is an internationally known icon and activist for the betterment of our planet and animals. I am sure the brilliant films he stars in have changed many people’s minds, but I fear it may be too little too late.

David summarised the severity of the situation so eloquently in an article I recently read, and to paraphrase, he said the problem is humans - everything we use takes up too much space and energy.

This was not always the case, but unfortunately it is now, and with every hour that passes we increase our population by 15 000 humans.

The World Business Council for Sustainable Development (https://www.wbcsd.org/) has said that we are on track to consume the equivalent of more than twice of what our planet can regenerate.

Regardless of such reports, we dump over 50 million tons of electronic waste into landfills every year, we only recycle 15 to 20 percent of all our waste and one-third of all food is wasted before it is eaten. At the same time, on the other side of the planet, millions starve.

Some research confirms that we are on the brink of a “biological annihilation” of wildlife, and that means a human-driven mass extinction. You need to absorb this fact and not fool yourself into believing that everything is okay.

The risk of knocking ourselves out of the goldilocks Holocene period of predictable warm weather could end soon, and that will kick start number 4 on the list of threats, and that added with threat number 5, we are surely doomed. As far as I can determine, number 5 on the list is already an issue and let me share some numbers to explain.

We use on average 136875 liters of water in our life. That is an average per person. Our consumption average is increasing as humans live longer.

That extreme number made me feel much better until I researched a bit more and learnt that only 2.5% of that is drinkable, and only 1 % is easily accessible.

My math could be wrong, but I calculate there is about 14 000 liters for each person, which roughly works out to 9.7% of what one person might need in their life. 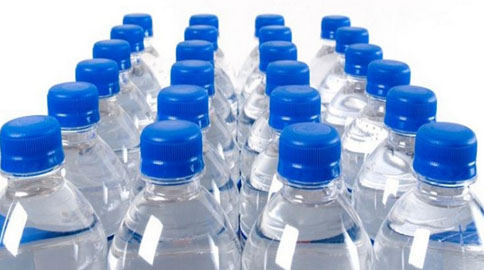 In order to survive, at least 75% of our water needs to be recycled. That might sound like something hard to do, although achievable, until I put a spanner in the works and add the fact my calculations did not take into consideration the needs of all animals and plants on earth.

For those of you who think there is an easy fix to this particular challenge you would be wrong. For example, many people suggest we convert seawater into drinkable water.

Yes, that is possible, but then you have less salty sea water!

Let me give you two main reasons:

1. To process drinkable water from seawater costs so much money and it uses huge amounts of energy. This is not a viable option for many nations.

2. Saltwater helps regulate the ocean temperature and with less salt water our global temperatures and even ocean currents will change.

This would result in a mass extinction event. You do not want to mess with the salt water volumes on our planet and each time an iceberg melts because of global warming it takes us one step closer to disaster. It is also worth noting that without an ocean we would have no oxygen to breathe. Most of our breathable air does not come from trees, it comes from the sea.

I am a promoter of smart solutions and future thinking. Technology and the environment are more closely linked than you think. If we believe just a little of what Peter Diamandis (https://www.diamandis.com/) says, and because of how fast we are advancing technologically, it is a statistical probability that within the next two decades we will have the ability to generate and maintain the basic resources to meet the needs of mankind many times over.

Until then, here is some of my advice on saving your children’s children.