Hypocrites to the left of me and bullies to the right. (November 2021)

Hypocrites to the left of me and bullies to the right.
Here I am stuck in the middle with who?

Recently I experienced a radio presenter on a talk show ‘hushing’ a UCT parent trying to explain why his son is not getting vaccinated.

During the discussion, the reason provided by the parent was his son had already had Covid and now had a natural defence against the virus. This is a logical point on its own. A second reason was also given. The parent does not trust the vaccine nor the way it has been rolled out. These are pokes at government and also the limited time the vaccine has been in circulation. Note I say ‘circulation’, and not development. To these two points, I concede there are many reasons not to have faith in government and also there is rationality in the concern that the vaccine has not ‘stood the test of time’. In short, I can appreciate the father’s points of view.

On the subject of appreciation. I can also appreciate the alarm a parent might have if there children are going to be required to have this vaccine in spite of their wishes, failing which their child will not be able to carry on with their education at the institution. At the same time I could ask parents to appreciate that UCTs ‘policy’ is a reasonable response to a serious situation such as a pandemic. A pandemic which is neither fully understood or under control yet. Everyone is a little scared and a little unsure.

During that same radio show, I listened to a senior official from UCT pleading her stance on the policy, and her points had good merits, the result being the institution is siding on ‘caution’.

I am a Pro-Choice person.

Assuming the above is ‘realized’, and ‘choice’ is truly available, we can then talk about responsibility. In order for a person to be held responsible for their decisions, these boxes need to be ticked:

People’s ethics, laws and positions all change over time. What was legal today was once not in the past, and perhaps in the future won’t be either. The same goes for ethics and science. Everything changes all the time, therefore choice and tolerance are vital filters when balancing everyone’s rights. If a person makes a decision without malice, then you must tolerate it. Your ethics, laws and even science is not the ultimate and final on a subject. It is but one person’s version on a planet of 7.9 billion.

My personal reasons for being vaccinated.

When you go through these please remember I am a literal and logical thinker, assessing scenarios and risk factors as a profession. I know many people have taken other stances and I appreciate those.

I decided taking the vaccine would improve my chance of being healthier. In addition, there are other benefits like the ability to travel, or protect those around me and get on with business.
I have not agreed or adhered to all the regulations related to this pandemic because when applying a similar level of logic, the equations did not always add up for me, and I am comfortable saying many are illogical.
I defend choice, access to information, the right to make one’s own decision and also ensure people are held responsible for their choices once made. 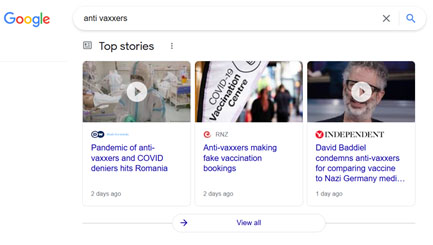 The right to choice is freedom in its simplest form. You might think in a democracy you have freedom, and it’s sold that way, especially during elections. The truth is at most we have suspended liberties.

True freedom can only be achieved in a perfect World, and this World is far from that. One charm of a better World is people are empowered to think for themselves and make their own choices. At the same time those people check themselves and apply standards equally across the board.

Unfortunately, in 2021, many people still have double standards to regulations, laws and ethics, flip flopping on whether to implement a standard or not based on the situation at the time. Here is a question: ‘What would you do if government declared that all our pets need to be put to death because they transmit the far deadlier Covid-20 virus?’ (A fictitious name). Would you adhere to this demand? This type of ‘regulation’ might sound like an extreme request, but it is not outside the realm of possibility, after all, people kill animals all the time for the benefit of much lesser causes.

Where does one draw the line when it comes to regulations? The fact is legislation and our social economic structures are not prepared to deal with pandemics, and they really should be. I go into great detail about this with my published manuscript called “Lessons from the Coronavirus”. Very soon, you will need to decide on how to deal with the subject of a third if not annual ‘jab’.

In South Africa, states of Disaster and Emergency cannot be the ultimate decision of any one political party, and certainly not for indefinite periods of time and criteria of their choosing. It is an open door for abuse to pursue agendas. The Parliament of the Republic of South Africa must maintain control and this will require changes to laws in the future. It must be easier for citizens to use courts to hold government accountable and The Constitutional Court must establish an oversight body to ensure rights are being protected over these periods of time as part of normal procedures.

Examples of hypocrisy on both sides of the fence.

Anti-vaxxers first. One of their more popular arguments is often the extremely low percentage of death rates for those who catch the virus so why take the vaccine at all. You must be honest, the percentage of those who have succumb to death has been extremely low. What has been high is the dangerous levels of panic, social and economic degradation. Panic was fuelled by an excellent ‘marketing’ campaign (not literally, but it would not be a lie to say huge amounts of money were spent and made in the name of this virus), riding on the back of social web platforms. On average pandemics happen every 40-70 years but this was the first one with the new dynamic of social media which exacerbated the situation.

Pandemics and other natural disasters will increase in frequency and severity due to climate change, but that is a subject for another post.

Anti-vaxxers reference low percentage of deaths as a reason not to take the vaccine, but if ‘percentage’ is their primary weapon in their arsenal for making a decision, how can they not accept that the risk of death or illness for those who have taken the vaccine is at an even lower percentage? It appears to mute their argument. Let me quickly rebuff a common response to that point. Many anti-vaxxers believe that over time the vaccine will do harm. To this point, I again try to apply logic. If we give ‘time’ to the virus, it offers it an opportunity to mutate. If we give ‘time’ to the vaccine there is a chance of bad side effects. Either way the can is being kicked down the road because there is uncertainty in both scenarios.

Let me now give the pro-vaxers, and ‘shooshers’ of the anti-vaxxers some medicine as well. I have experienced people punting the need to take the vaccine as an imperative. Anyone who disagrees with their point of view is aggressively denounced. Gosh, I have heard pro-vaxers act as if anti-vaxxers are going to bring on an apocalypse. I don’t need to further discuss the motives for taking the vaccine, I have shared appreciation for these already. However, what gets to me is the vigour in which pro-vaxxers apply effort to this vaccine, but not other risks to life with similar if not worse percentages. Right now, I can almost hear pro-vaxers muttering and starting to disagree with me.

Can you tell the truth?

Are you MORE likely to suffer harm or death, or inflict MORE harm or death on another through the following activities in comparison to not taking the vaccine?

There is evidence to prove all these ‘activities’ do significant harm to you and others, not to mention the economy and society at large. Yet, they persist. Why? They are socially, politically and commercially tolerated.

It ruffles my feathers is I don’t see pro-vaxxers getting equally upset with Eskom, or the petrol stations who put petrol in their car, or with the person they woke up with after a night of drinking and later some unprotected shananigans, or the lady selling ciggies at Checkers.

It is obvious some people battle the evil of their choosing only, refusing to even acknowledge the harms of their ‘other’ practices. It does not sit right with me when people dictate to others what to do with their bodies, but don’t always look after their own, or have a double standard while dabbling in activities that also do harm.

I detest bullies and hypocrites. Media is meant to provide a platform for discussion and not take a side.

Finally, I encourage you all to protect freedom of choice. I will hold you to the precedents you are setting now, and please remember if you give government a finger, they will take your arm.

Practice your standards equitably. If you have taken the vaccine, good. If you have not, that is your choice. I know that no one actually wants anyone to die and if you really want to save lives, prepare better for the next pandemic. 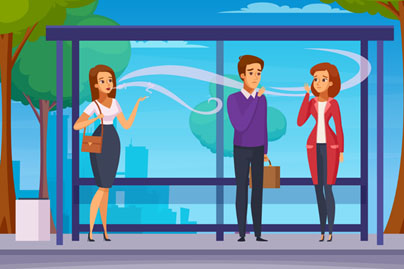