‘More’. ~ A short article about why we have less.

Violent Crimes are the ‘upward trend’, issued in an official state report this week. This fact is unsettling, but also something we could have (and I in fact have) said we need to prepare for. Interestingly I was in the same room as our Police Minister Bheki Cele on the day I heard this report. In the same room was a Mayor and a Provincial Premier. We were all in this particular room waiting to greet the new Zulu King, Misuzulu Sinqobile Hlomesakhishlangu kaZwelithini. For whatever reason he never arrived.

I did get a second chance later that day to meet him, but his ‘right hand man’ who I approached first would only converse in Zulu. I experience the cultural likeness of red tape. This was frustrating in context of my objective, but also ‘more’ honourable in the greater picture of ‘cultural preservation’, and it made me smile because I appreciate situations that force me to reflect on my own self. My lack of education on the Zulu culture meant I could not communicate as needed. I was at a disadvantage and that is something I and all English speaking South Africans should reflect on and do more about. The ‘shoe’ was on the other foot, and even though it was a pre-arranged plan for myself and Vicky Sampson (with whom I was with) to meet the King, it unfortunately never happened.

The occasion was a launch of a new hotel, a much needed and wonderful boost for the hospitality sector. I met a new Client and spent some time with Gcina Mhlophe and other wonderful colleagues. Later that day, in my elegant hotel room (with a nice chocolate on my pillow), while reflecting on the day, I realized that the staff at the hotel were the only ‘people’ adhering to ‘regulations’. This was a particularly interesting observation because I had spent the entire day with ‘leaders’, many of which I assume had ‘a say’ in these ‘regulations’, but few were adhering to them. I can debate the merit and value of such ‘regulations’ at another time. The point I would like to make here is ‘Corporate’ is often ‘charged’ by our ‘leaders’ to enforce ‘regulations’ but don’t set the example.

The more I observe and compare what we are ‘told’ verse what is ‘done’ the more I believe there is more scope for us to empower better leaders and do better ourselves. Until then, South Africans are getting ‘more’ poor. More jobs are lost, opportunities missed, people divided and more struggle. More lose hope.

We deserve more, but won’t do more, therefore we have less. 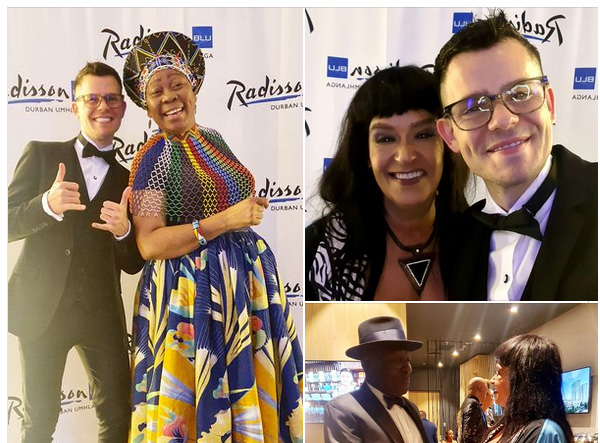