Petrol heads, the Future may still have 5 liter V8 engines! But… they may run on hydrogen. I wonder how that might sound like? Article: https://www.cnbc.com/2022/02/22/toyota-commissions-yamaha-motor-to-develop-hydrogen-fueled-engine.html

Microsoft's Azure Research teams are working together on the 'Singularity' AI infrastructure service.

It was said (in the article I read) that “The Singularity service is about providing data scientists and AI practitioners with a way to build, scale and experiment on their models on a Microsoft-provided distributed infrastructure service built specifically for AI”.

What does this mean to you and I?

It means that AI is going to have a lot of open source platforms. Things will happen faster, at less cost, and all thanks to collaboration and contributions.

Millions of donations were made in cryptocurrencies to the Ukrainian government to help aid relief during the Russian invasion. E-money to the rescue.

Elon Musk sent some satellites from Starlink to help provide communication services in Ukraine, and at the same time refused to limit news for either camp Russia or camp Ukraine. Meanwhile, other social media companies, who I will not name, certainly did display bias (regardless if justified or not).

Internet censorship is a major risk and must not be tolerated.

The International Space Station may be a victim of the Russian - Ukraine war. I am so annoyed! USA sanctions on Russia will include Russia’s space agency. The Russian module on the station provides electricity and propulsion. Meanwhile back on earth, the Antonov AN-225 (the World’s largest aircraft) was destroyed by Russian forces. This is especially sad for me because it helped carry spaceships.

Limpopo has had its first hackathon (the good kind) in aid of Agritech. Agri-tech is the use of technology for farming that is developed to improve efficiency. Article: https://www.itweb.co.za/content/raYAyqodmk5vJ38N

Methane is a greenhouse gas that is at least 28 times as potent as CO2. Humans (as a species) emit 73 metric tons of methane and about 1000 metric tons of carbon dioxide per day. This is a lot of ‘hot gas’. Politicians (in general) produce more hot gas than the average citizen. If we could remove many of them, the negative ramifications of climate change could be better mitigated.

If we used a lot of the heat from the core of the earth could we not cool it down creating huge problems?

Geothermal power normally requires proximity to volcanic areas, but some MIT nerds may have ‘made’ something to access and use the heat of the core of our planet from just about anywhere. I am not sure this should be done at scale. Article: https://interestingengineering.com/energy-company-plans-geothermal-energy

Anti-Optimism, is it a real thing and is it reducing humanities birth rate?

Chinas population is now in decline. They could lose between 600 and 700 million people from its population by 2100. That will be a major global influence in our lifetime!

Cleaning space, because it’s full of rubbish! Apparently we are doing this now, first done on the January 22 by Chinese Satellite SJ-21 which grabbed another dead satellite, and tugged it to a ‘graveyard’ orbit in space. Not sure if that’s cleaning, or just moving dirt? Like under the rug.

On the 1st of March 2022, President Cyril Ramaphosa made the Films and Publications Amendment Act law. It covers many things, to name a few: revenge pornography, hate speech, inciting violence and ISP requirements. Can this Act be used to prosecute a politician and their online social media shananigans?

The Fermi Paradox is what you need to read about if you want some ideas on why we are probably all alone in this universe. Fascinating ideas. Article: https://www.space.com/25325-fermi-paradox.html

Have you ever wondered how many countries in the World are successful democracies? You will be rather surprized just how few there are, and it’s scary for me to see ‘it’ may be in decline. Article:

What do these animals have in common?

Well, all these animals got their lives back using technology! 3d printing for animals. Such an inspiring little video: https://www.youtube.com/watch?v=IRG4qg8UXus

Did you know at the start of this year there was a massive oil spill (near Lima) of around 11900 barrels that leaked into the ocean? The oil came from a ship operated by the Spanish oil company called Repsol. This was a major environmental disaster and most people didn’t even know about it. Who will be held accountable? We must stop the demand for oil.

Meta is investing around $10 billion a year on the Metaverse.

This short video is an excellent one to watch to bring you up to speed on the virtual world! It inspired all sorts of ideas for me, like using VR to rehabilitate criminals. https://www.youtube.com/watch?v=4jaGPlhPCjQ

If you are in Retail you may want to also take a quick look at this one: 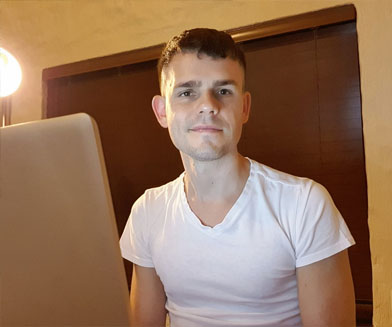