Bite size updates on the real important stuff related to Tech, Trends, Business and the Planet.

Future Thinkers, I have so much to share today…

Did you know in 1990 there were 5,327,231,061 humans? In March 2020 we reached 7,800,000,000. Google has launched a remarkable tool called ‘time-lapse’. You can (and really want too) click on the link below. See how humans have taken up more and more space on this planet. This tool was a real eye opener for me. I zoomed out to see entire countries and then zoomed in to see my city. Forests, deserts and mountain ranges all changed because of us. https://earthengine.google.com/timelapse/

A ‘Deepfake’ video is the name of a new type of digital threat we need to know about. It is software that replaces a face in a video with that of another person using machine learning algorithms. Of course a human would be involved and decide who that other persons face should be. You don’t need to ponder too long to imagine how this could be used for evil.

https://tae.com/ is the World’s largest private fusion company. They have announced they will have a commercially viable nuclear fusion power plant by the year 2030. If they succeed a lot of new ‘doors’ open up for us when it comes to solutions for powering our cities and even helping the planet.

2017 was the year the first robot was given citizenship in Saudi Arabia. Her name is Sophia.

An interdisciplinary team of researchers at the University of Colorado have created concrete that is ‘living’. The material is made by cyanobacteria. This means cracks ‘could’ heel themselves. It will still be a few years before we could see it used at scale.

Japan has announced it intends to release more than 1 million tonnes of contaminated water from the wrecked Fukushima nuclear power plant into the ocean. Have they not seen Godzilla yet?

The process is going to start in two years’ time to allow for Tokyo Electric Power to filter the water to attempt to remove harmful isotopes. There must be a better way to deal with waste than adding it into our sea.

According to 2020 figures released recently by the US Energy Information Administration, the USAs renewable energy sources have for the first time generated more electricity than coal. The South Africa 2019 government report (https://www.energy.gov.za/files/media/explained/2019-South-African-Energy-Sector-Report.pdf), has a pie chart compiled with 2016 data (go figure), which says renewables and waste make up only 11% of our power generation.

In April, New Zealand became the first country to introduce a law that will require large businesses such as banks to report on the impacts of climate change. Similar legislation will be rolled out across the World over the next few years, followed by punitive action for those businesses that do more harm than good. Ethical and sustainable business is the only way to go.

South African Unions what are you going to do about automation? Amazon is set to open up their South African headquarters in the ‘R4 billion Cape Town development zone’ which I believe is going to be at the old River Club. (I went to a great party there once).

Companies like Amazon will usher in new ways of business. Unions must shift their focus to upskilling their members or become obsolete. Have you heard of cashier-less Amazon Go stores? According to CNBC the number of cashier-less Amazon Go will reach 3000 by the end of this year. Every employee had the responsibility to continue their education to remain relevant in the world that is coming soon.

To end this post, here is a cool website I found called www.HumanProgress.org which focuses on the good ‘improvements world-wide’ humanity is making. They assess and reports on the: quality of health, sustenance, wealth, safety, freedom, rights, literacy, knowledge, happiness and opportunities. It is imperative to look at both sides of the coin and this website is a remarkable resource worth a visit.

*** That’s it for this week! Remember to share this news. 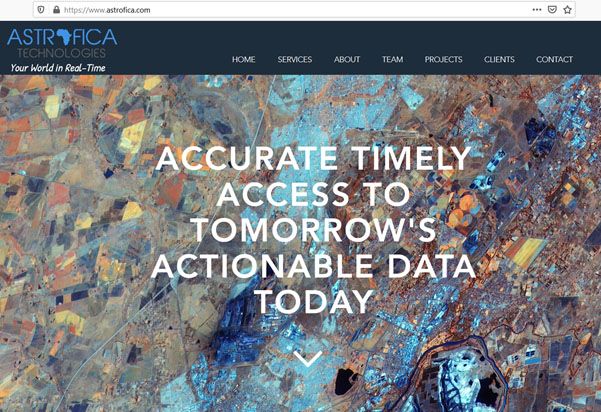