The link between Man, Technology and Nature (April 2020) 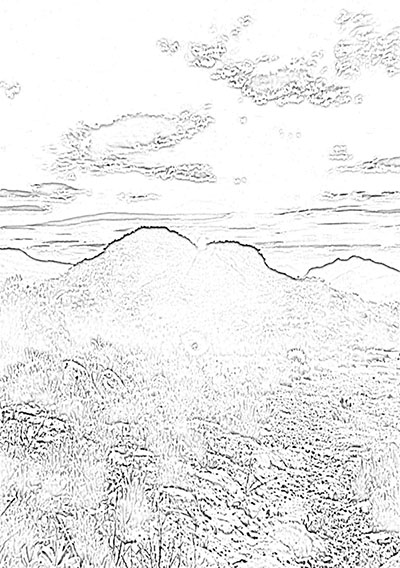 I began writing this series of articles during the coronavirus pandemic and the inevitable economic crash in South Africa, March 2020. Many people did not enjoy my predictions and scenario options shared on the possible outcomes for our nation, some offering abusive feedback and accusing me of spreading fear.

There are people who feel that bad news is harmful. A Future Thinker can interpret a hefty percentage of bad news in a constructive way. Many of the decisions made by the South African Government at the onset of this, was the right thing to do (for our own longevity), despite the immediate crippling effects on our economy. If you would like to see my most recent scenarios please send an email via my website to request a copy on https://www.jeanpierremurraykline.co.za/

This article is not about the pandemic, but the link between Man, Technology and Nature, however, for interest’s sake, and to put a positive spin on the subject of pandemics: back in the 17th and 18th century an epidemic linked to silkworms came about, and through the work of Louis Pasteur, a vaccine for anthrax and rabies was developed which has saved many lives since then.

The Gaia Hypothesis, is a concept that the planet is a super organism, and humans could be seen as a type of cancer by the body (earth), supporting the idea that global warming (or even a virus) is the earth’s way of running a fever to get rid of us, basically an autoimmune response. I do not subscribe to the idea that the planet has a higher single consciousness and has made a decision to get rid of us.

I am, however, irritated that we (humans) have decided that we are a supreme species, separate to the environment on this planet. Some believe we are masters to all.

Our self-created elevation or separation from the ecosystem has made us overconfident in our habits. I don’t deny the wonders of man, but there are many things other animals and even plants do better than us. If supremacy was based on an animal’s lifespan, then the Red Sea Urchin or a Macaw would kick our butts on the scale of omnipotence. If it was judged in terms of population numbers Bacteria would come up tops with an estimated 4 quadrillion qaudrillion. There are so many of these microscopic animals that their biomass matches that of all the people on earth.

The only thing humans can really claim makes us better than other living things is our intelligence, but then again, if we are so smart, why do we do so many harmful things?

I do not believe that the majority of other living things would miss us much if we disappeared, with the exception of dogs. (Cats could go either way.)

I subscribe to many of the points found in the theory of Natural Selection by Charles Darwin, 1859. A lot of what sparked his line of thought stemmed from a study of types of bird beaks on an island.

In order to demonstrate and explain the relationship, link and similarities between technology and nature - not only in the invention by mankind but also through their tools, purpose, and execution, I first needed to delve into Nature.

Ecosystems are integral to understanding how nature reacts to mankind, our technology and also our influence on climate change.

At the same time as starting this article, I am almost done with a book by Stephen Hawking, in which he explains the rule or law of nature, which in many ways is worked out mathematically.

I must admit, even after re-reading some of his points, I still do not fully understand all of his explanations. Fortunately, a Future Thinker does not need to know a lot about just one subject, but rather, they need to know a little bit about many.

This is what makes a good Future Thinker: someone who can see a big picture and understand how the little parts and factors influence one another.

What I have taken from Stephen’s book is that there are four primary theories covering types of energy/forces, for the universe (observable and assumed), and there is an undeniable mathematical process in nature. Debates and learning will continue, but I am comfortable to say we have something called M Theory which covers most of what we know, and that there is a very strong chance of our universe being one of many in the multiverse, each and every universe (or version thereof) subscribing to the law of nature, which by the way can vary depending on the universe. (None exist where pineapple on pizza is acceptable.)

Nature has been mimicked by man to provide solutions to our needs, we very often build something using a concept that nature invented during the process of evolution. There are countless examples of how man has copied nature to build machines. For example, the wings of a plane styled from the wings of birds and using the dynamics (mathematically calculated) of air pressure.

Today, mankind is faced with many more challenges than 100 years ago. I believe we can find solutions by copying nature.

Let’s start from the beginning, this is what I have learnt between Man, Technology and Nature.

There are around 9 million types of animals and plants on earth, and we discover new ones every other day. Unfortunately, it is estimated that around 180 species of living things become extinct every 24 hours.

Throughout the ages we have been plagued by a desire to explore, understand, and then convince ourselves we are the most important component in the environment by using either faith or science to justify our opinion. Some believe our understanding of the ecosystem and environment could be the reason humans became the dominant species.

Greek philosopher Aristotle was a forerunner in categorizing types of animals, mainly by the way they gave birth. There are five levels of animal categories, and of course he placed man at the top.

Another interesting way to group animals is in order of use of energy efficiency on what they consume (eat) and then absorb: Apex Predators use 0.01%, Secondary Carnivores use 0.1%, Herbivores 10% and Producers use 100%.

The concept of an ecosystem has been around since the 1930s and ecology is probably one of the most diverse scientific fields with so many disciplines involved. To name just a few: geology, climatology, chemistry, genetics, and the list goes on. One could say it is the M Theory of studies.

Learning about the environment was not always natural. (Excuse the pun.)

If there was one major force that slowed down our progress in deciphering ecosystems it was Religion. This is especially evident in the Middle Ages where the notion of evolution was a taboo topic, with the faith leaders who were adamant on teaching that everything was created by God.

Today evolution is still heavily contested by religious fanatics and I have personally been stopped by an elderly lady who managed to talk to me for almost an hour at Mugg and Bean. I must say she was an excellent salesperson and if things were different I would have hired her for one of my businesses, or at least referred her to work in a call centre. That day, she was selling the notion that the Old Testament and the entire process of creation took place over a few days, and a couple thousand years ago. She would not entertain my feedback that life might very well have started 45 million years ago, first in rocks and as very simple organisms.

I think there is a middle ground between science and faith, and I don’t see why they can’t both exist in our universe. There have been some influential faith scholars. A good example is a Monk who in 1866 first recorded the concept of evolution, using vegetables (peas) in his experiments.

Evolution has to do with the process of mutation of cells (which happens naturally through cell replication, or damage to cells through radiation or environmental factors), these mutations either improve or decrease the chances of survival. Every animal and every plant today has come from a line of ancestors which branched off in several directions and those who are alive today are a product of successful mistakes.

As technology improved, our avenues to learn increased. Microscopes were one of the most useful tools, unfortunately there was no camera to record what was being viewed and everything had to be hand-drawn. The recording and naming of species in the old days was a very important job.

The discovery of DNA would not have been possible without technology, and you might find it interesting that DNA was first announced at a Pub called Crick and Watson back in 1953.

DNA sequencing is the process we use to compare the DNA of living things, using base pairs which create something that resembles a barcode on a PC screen. There is a similarity of between 97 and 99 % of our comparable DNA with Great Apes. We still don’t understand 98% of DNA.

Deforestation became a real problem around 200 years ago and we first started to understand the harm of greenhouse gases in the 1940s, a main factor contributing towards climate change. We have known for a very long time how harmful our habits are.

There are around 25 000 species at risk and the majority are because of our farming practices and use of land.

To play devil’s advocate, one could say let the strongest species survive. This is a very narrow-minded stance to take because no single species can survive without many of the others. For example: bees pollinate about one-third of the veggies and fruit we consume. Take them totally out of the equation and what will soon follow within 3 to 6 months, would be a global ecosystem collapse, leading to mass starvation of our own species and many others; subsequent disease will follow, and then the extinction of mankind and many other animals and plants.

Many species of bees (of which there are about 8) are under threat from climate change and a lot of their habitats are threatened by our cities. To protect the living, we have to also protect the environment because an ecosystem is not just living things (8 million animal species and around 400 000 plants), it includes rocks, sunlight and many other components.

Survival of the fittest is a concept that works in the model of evolution, not environmental deterioration by man on an accelerated and global scale that does not allow evolution to keep up.

In nature, there is a difference between survival of the fittest (species that failed to evolve) and sacrifice. Sacrifice is built into ecosystems, for example, the concept of Kin Selection. This is when a living thing favours the reproductive success of a relative over its own life. Worker Bees are excellent examples of this. Selective reproduction in nature might actually be part of its plan, it certainly has mathematical merit, and one could even entertain a debate that homosexuality is in a way a type of Kin Selection because it slows down population.