The link between Man, Technology and Nature (September 2020)

Welcome back to my series of articles, ‘the link between man, tech and nature.’

Let’s start with some nuggets: ‘Biotic’ means living things. ‘Abiotic’ means non-living things. An epiphytes is a plant that grows on another plant. ‘Citizen Science’ is a real thing. Now that your brain is packed with a little more information, let’s talk about your actual brain.

Our brain size in proportion to our body and also when compared to other animals is impressive. Our brain went through four major growth spurts and there is evidence that these spurts happened during periods of time with high volcanic activity, leading to the theory that radiation around volcanic zones helped the evolutionary process.

Today, we live with a majesty complex, or at least a firm belief we are superior to other living things on earth. We can spurt out a number of reasons to support this opinion, like our ability to talk or make tools. Most people are unaware that there are a variety of animal species that use apparatuses to help with a task. Crows, elephants, dolphins, octopuses and chimpanzees are a few examples I can give.

Sex in nature is not taboo. It is an essential mechanism and without it life may never have evolved to anything more than blobs of molecules. Humans invented technology to transfer information in data files. Nature does the same thing with encoded DNA which is passed on during the reproduction process. A single gram of DNA is able to store about 215 million gigabytes of data. There is about 60 zettabytes of information in your body’s cells.

DNA defines us and our actions. It tells us how to grow an ear or breathe. DNA gives us instincts to help us find food or protect our children.

Even the species with the most advance DNA needs a variety of other beasts and plants within an eco-system in order to survive. An eco-system can have more than one stable state, but no system can maintain a state indefinitely and will always be in flux. Our DNA is also in a state of flux, always responding to influences. Each animal and plant today is an upgrade from an earlier version.

Unfortunately the pace life can evolve is limited by the sluggish speed of DNA progression, and that is why the climate change we are experiencing today, which is substantially faster than normal, will be a death sentence for a lot of living things. Life cannot keep up.

Humans on the other hand have harnessed the power to change the environment, and we don’t need to wait for our biology to respond. This has given us a sense of dominion, but when you assess our real position based on ethics, our ability to shape environments is really a responsibility more than a power.

Power is energy. Energy in a stable state and position is matter. Energy and matter cannot be created. It only changes form and position.

‘Life’ from a particular point of view could be defined as ‘matter’ which can ‘transfer’ energy and ‘replicate itself’. ‘Life’ has the ability to manipulate the path of energy and the form of its own matter over time.

‘Technology’ by extension of this concept is a primitive life form because it is also physical ‘matter’ that ‘transfers’ energy. Right now, the form, and path of energy are determined by its creator and it is not yet self-replicating or self-aware, but then neither was proto-life. Humans are working hard to create artificial intelligence. Soon after, the first machine that will be able to improve itself and replicate will be born.

Can you see the similarities?

Despite many millions of years of evolution, and numerous differences in species, nature still has all life categorized in simplistic groups determined by their use of energy. Let me unpack the concept of ‘families’ of life based on energy efficiency, starting with ‘Producers’ who sit on one side of the pecking order.

‘Producers’ attain all their energy from the sun, although there are a fraction who still use the core of the earth. Producers are the most efficient category of all living things and use almost all of the energy. Examples would be green plants, small shrubs, phytoplankton and algae.

Next are the ‘Primary Consumers’ who eat the Producers. From them they obtain only a small percentage of the original energy the Producers had. This means they have to eat a lot. Caterpillars, insects, and hummingbirds are examples.

At each level, called ‘trophic levels’, around 90% of the energy is ‘lost’, in other words: if a plant catches and stores 1000 calories (energy) from the sun, and a bug eats the entire plant, it will only obtain 100 calories from the Sun. If a chicken then comes along and eats that bug it will only gain 10 of those calories. If you then eat the chicken you would obtain 1 calorie from the original plant and the calories from the sun it caught. Humans can consume from any part of the chain, but because we are not hunted, we best fit the category of Apex Predators.

Of course the explanation above is simplified and the pecking order is not a simple line, rather a web of energy movement. How efficient an ecosystem is in transferring and recycling energy is a good way to work out how healthy it is. Some animals change their efficiency through adapting their habits and body, for example, a few types of bears have evolved to hibernate and store mass amounts of energy as fat reserves for periods of time when there is less food. Hibernation is a remarkable evolutionary feature for energy conservation.

People are the only species that prefer and are able to change their environment or manipulate external factors at scale. For example, when we are cold, and burning lots of calories to try keep warm, we decide to put on a jersey. Or, if budget allows we fly to a warmer climate. Of course this type of action would be irresponsible in terms of carbon footprint. Eating a plant based diet exclusively would increase our species overall energy efficiency and also solve world hunger and global warming. Livestock agriculture creates more greenhouse gasses than all our power plants and cars combined. It also uses more land and has destroyed so much of our forests. Either we need to convince people to eat less meat, which in South Africa will be very hard to do (imagine issuing a law against braai’ing. Can you imagine what Barry Hilton would say?), or we need to decrees our population numbers. These are really the only two solutions that can save earth within the next few decades. Are you prepared to eat less meat or not have a second child? 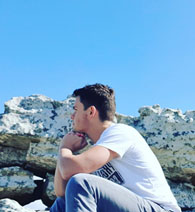 The fact is, we are not as progressive as we could be because we still believe the planet has enough energy for us all. We have not made energy efficiency a priority. Have you heard of The Kardashev Scale? The Kardashev scale is a method of measuring a civilization's level of technological advancement based on the amount of energy they are able to use from their surroundings. If we could harness all the energy our sun releases over a period of just a few days, we would have all the power be could possibly need for a very long time.

Type 2 can harness the power of its entire solar system and its star. This would be a superior species to us. Knowing what invention would be needed to achieve this is one of the ways some scientists are looking for Aliens, by looking for the Aliens version of a machine we have called the ‘Dyson Swarm’, which would be far easier to find because its size would exceed that of most planets.

Ready for another Nugget? In 1970 we had our first ‘Earth Day’. Earth’s History has been absolutely remarkable and has always involved the movement of energy and changes to the forms and shapes of matter. We still cannot read every chapter of this history book, but we have enough information to know it’s been a miracle. Let me share some milestones with you, some of which I hope will be new information.

The universe is probably a little older than 13.8 billion years. Around 200 million years after its birth, stars were born (with gravity compressing matter), and within them, new elements were made through the process of nuclear fusion.

Earth itself is about 4.54 billion years old.

Our solar system (the space where our planets live around our sun) at the time of its infancy was a lot of dust and gas made up of wet and dry particles. Generally speaking, particles within our system dispersed based on their liquid content. Particles collided and many stuck to one another. Over time these blobs of mass became very large and formed planetesimals.

Planetesimals spent many years smashing into one another and those that combined grew into planets and moons. Planets spent time colliding with one another as well, and that is how our own moon was formed, which involved a Mars sized planet colliding with, the back then, smaller earth, and the majority of debris helped grow our planets size. The remaining bits formed our orbiting moon. The most recent additions to orbiting masses around our planet are 2000 active satellites, 3000 others no longer in use, and over 34000 pieces of space junk. Yes, we are polluting space as well.

There are eight ‘classic’ planets and five dwarf planets in our solar system. There is strong debate for a 6th planet and heavy opinion on as much as 20 Planetesimals. Most planets are believed to have all formed more or less the same time, which was not long after our sun was born. It is widely believed that earth is one of the youngest planets and Jupiter the oldest.

During its toddler years, our planet and moon continued to be bombarded by Planetesimals and those helped create the atmosphere and ocean on earth around 4.3 billion years ago. Eventually, we had our first rains and with it came erosion. The land and ocean back then was hostile. The sea had a layer of CO2 floating above an H20 layer.

Around 4.2 billion years ago our planet had a liquid core and from this our earth’s magnetic field was born. Deep within our planet you will find mantle, which is normally the bulkiest part of most planets. The mantle forced heated rock upwards and that pushed the crust (hard plates of colder rock) apart. This was the start of plate tectonics.

Where the plates split, hot magma oozed up and formed new crusts, like blood in a wound creating a scab. At the same time, some parts of the crust were forced down, sinking back into the core of the earth where they re-melted. Similar to when your body absorbs a scab.

The earth back then was a slow cooker, with cooler matter sinking, and warmer mass rising. This cycle helped the ocean become less toxic by moving some of the chemicals into the core of the earth.

My next article in this series will continue on the creation of our planet and the start of life, as I go on with the link between man, technology and nature.