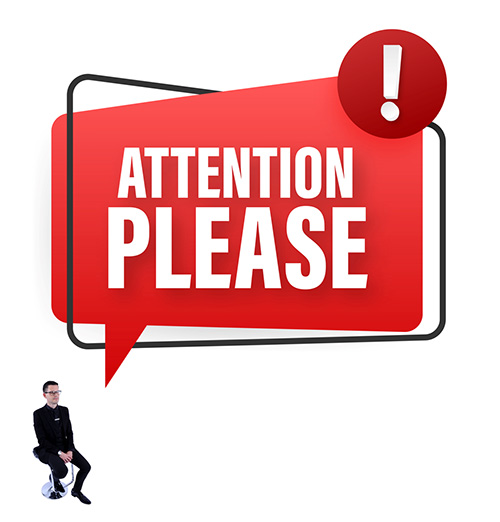 You should know what a ‘Failed State’ is and if you living in one or not.

The impact for you, your family, business and community would be colossal. We all travel the same roads, breathe the same air. Our water comes from the same sources and our waste ends up in the same dumps. In other words, even if you have a different ‘class of cabin’ and perhaps sit on the side of privilege, you are still on the same ‘sinking ship’. No one can avoid the consequences of a Failed State.

What is a Failed State Technically?

There are a variety of definitions for ‘Failed State’. Let us not travel down ‘ambiguity lane’ and focus on points of consensus. I will start with two patterns of a ‘Failed State’.

The first one is ‘denial’ or ignorance by the majority, and in many cases a mixture of both. How these happen to ‘be’ are a subject for another article. The second is a Failed State starts slowly, then ‘happens’ all at once. Generally there is some smoke, followed by several fires, then without further notice an incinerator decimating all infrastructure, order and hope. There is a point of no return and as you read this article, I believe we (South Africa) are there. Let me substantiate this opinion and offer a summary of the most common and agreed upon components of a ‘Failed State’, through a looking glass of a South African and not a bias ‘Western Standard’ perspective, although in instances they are still germane.

A State is ‘failed’ when the following aspects of its Nation are COMPROMISED:

Depending on which nations you review as examples, you might also identify the following characteristics as common:

How many of these boxes does South Africa tick? I believe a majority. There is no minimum criteria before you declare a State Failed, certainly none I found during my research. I can leave it up to you to decide on your own.

Who officially declares a State as ‘Failed’?

Can a Government be trusted to do this? How about Financial and Commercial Goliaths? Law Enforcement and Security Institutions? Surely all these entities have ‘underwritten’ the Failed State? Should there perhaps be legislation that defines the criteria of its own nation in this regard, or should it be a Parliamentary process followed by urgent reforms including impartial intervention from trusted international organizations? All ‘food for thought’, but until then, I believe it is up to you and I, SMMEs, NGOS, NPOS, Independent Media, and reputable and non-bias international entities to make the determination. I beg you not to let patriotism not get in the way.

‘Future Thinkers’ do not consider themselves patriots of a country. They believe patriotism is an old way of thinking, and in this day and age does more harm than good. By design it divides and attempts to enable a ‘moral permission’ for one to believe they are superior to another nation. In this process, an environment is created that gives a person the assumed right to forgive those who do wrong in the name of their flag. I want no part in that. We are people of one World.

What to do now!

Dealing with a ‘Failed State’ is a lot like dealing with Climate Change. You have to ignore the Politicians and Commercial Entities who have invested interest in the practices of State decay. You acknowledge the problem and become aggressive at mitigating damages. I hope this article at the very least helps you acknowledge the position we are in. Failed States can lead to Collapse States and that will almost always lead to war. Never mind all the businesses that will close and homes that will be lost. An entire generation of children will be impaired.

If you research failed states, particularly those who have managed to turn themselves around, you may very well be able to identify that one of the common denominators in their ‘successful change’ is new leadership. Very rarely will those who knowingly and in many cases deliberately got ‘us’ into the mess help us out. Old leadership is often to enriched, arrogant and lacks respect for the greater good and nation at large, even if their posters and interviews say otherwise.

Voters need to turn out in great numbers. The ruling party of today is not the same party it was back at its inception and revolutionary parties are very often not a good ruling party. It is very likely the South African ruling party would have been removed at the last elections if a few more voters arrived at the poles. There is another opportunity very soon. If we fix our political problem, we can fix everything else. Then entrepreneurs and other good people can work without hindrance.

Side note. A BEST CASE OUTCOME SCENARIO FOR THE NEXT ELECTION is to ensure there is no majority party in Parliament. Oversight by similar size parties is a powerful tool to fight corruption and speed up service delivery. You don’t need to like your politician, just make sure you control the distribution of power with your vote.

There are three other areas you can focus on as a priority. The first is holding those in positions of power accountable to their abuse or mistakes. Good people have been quiet and complacent for too long. Use the courts and media.

Secondly, have respect for yourself and environment. I have travelled all over Africa and in all honestly can say in comparison to many other African nations, South Africans ‘trash’ far too often. They trash one another, their towns, their services, and their natural environments. It is not okay. People who don’t respect themselves cannot respect others, and inherently have poor work ethic. It is a massive problem.

Finally, we need to mend our social fabric. The gap between ethnic groups and wealth needs to be mended. Racism and classism are still rife in South Africa. I do not accept it when people say they are not racist or classist but have nothing to back up that statement with. If you do not have a single genuine friend of another race or class, you have scope to improve. We need to unite, and it is going to take a decision by each person to do so. The way things are today are not okay, and we have enabled race and poverty to be used as weapons against us by political opportunists who only thrive with the anger and division of the voters.

In preparing this article, I was mindful of State Capture and the long list of failed SOEs, ongoing, escalating, proven and unaccounted for corruption. I know that South Africa has lost its sovereign state and control of its borders, it is under attack with itself, and other Africans. It is losing territory not only physically but morally.

I know the State is unable to enforce security and protect its people and property. Our infrastructure and public services are in disarray. Healthcare is shocking and at further risk. Educational access and the material we teach have much room for improvement. Our tax base is in dangerous decline. Our Government manages its people with State bailouts and social welfare, from one state of disaster to another. High criminality, high unemployment, a sharp decline in overall living conditions, ineffective state bureaucracy, mafia style leadership and brain drain are all obvious. Civil unrest and looting are rife.

On the 2021 Global Peace Index, our country’s ranking is a dismal 128th out of 161 countries and in the category of ‘cost of violence’ to our economy ranks one of the highest.

With a third of our people unemployed, and over half of our youth having no work prospects, the future feels hopeless for many. Our state debt is now at 4.3 trillion Rand. Half the country live under the poverty line. We have been bamboozled into ignoring the red flags.

Yes, we are living in a Failed State, but don’t be a Failed Human. Let’s avoid a Collapsed State and War. Be a Change Champion.